For me, this exhibition calls to mind nestled Chinese boxes. It is like an exciting voyage of discovery, where others’ impressions and ideas serve as the map that will guide me to the beginning of a new experience. Right at the centre is the kernel – the text that the 2005 Nobel Laureate in Literature, Harold Pinter, once wrote. How he wrote his text, I do not know. By hand? On a typewriter? A computer? What did the paper look like? White? Lined? Tinted?
Once completed, the publishing house’s designer selected a font, size, paper quality and so on. Did he do so in consultation with Pinter? Presumably.

Even at this early stage, Pinter’s original text has been placed inside a new Chinese box. Sweden’s premier bookbinders have been given free reign to create yet another box in which to place Pinter’s book, or, more accurately, a number of very different boxes. Some have chose to add an additional, literal box around the first, while others have taken completely different roads. In turn, we at the Nobel Museum have chosen to position and assemble the books in our own way, and to allow them to be enclosed inside our display cases, which have been placed in a very deliberately designed museum, and our museum, in turn, is contained in…well, we could go on and on indefinitely. I think you understand my point.

Is a book exhibition really possible? Is it meaningful if its visitors have not read the books? The form, the expression, the binding is an artistic product based on the text Pinter has given us. The notion that a bookbinder’s interpretation may take any number of different paths and inspire us to read the book itself is as natural as the idea that a beautifully painted landscape can inspire us to journey to and explore the place it depicts. So examine, enjoy, and let yourselves be inspired to read Pinter, or, perhaps preferably, to visit the theatre and watch his plays being performed. In doing so, you will help this exhibition take on yet another dimension. Then, the kernel will have been drawn from the concealment of its boxes. 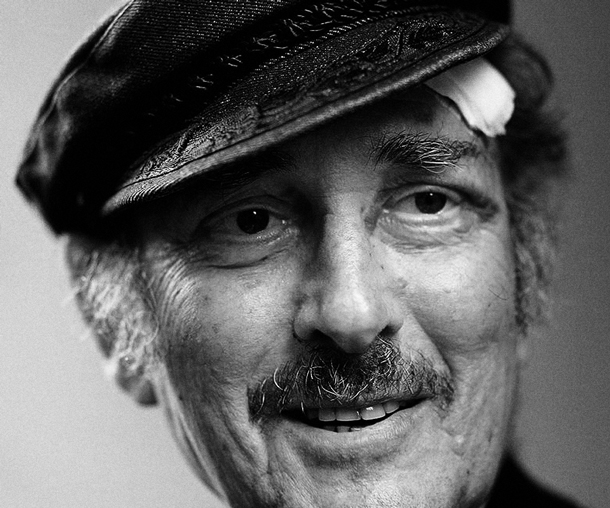 Last year – 2005 – the same year that Harold Pinter was announced as the Nobel Laureate in Literature, was also the 375th anniversary of the Sweden’s master bookbinders’ association, Bokbindarmästareföreningen. Presumably, this makes the association one of the world’s oldest crafts associations. Obviously, over the course of its long history, circumstances have changed for Swedish book-making. In two respects, the working conditions of historical and contemporary bookbinders differ widely. Today, it is relatively rare that a bookbinder has the opportunity to bind newly-printed material. Conversely, this was the norm for their predecessors. When it comes to the binding’s decoration, historically, binders were bound by tradition and convention. Today, manual bookbinders are free to choose their own material and style of expression for each book to be bound.
From Bokbindarmästarföreningen’s perspective, we are happy to say that our collaboration with the Nobel Museum has given 23 bookbinders the opportunity to bind what amounts to highly topical literary material – that written by the Nobel Laureate in Literature.

Twenty-three bookbinders, 23 creations. Such is the nature of our time. 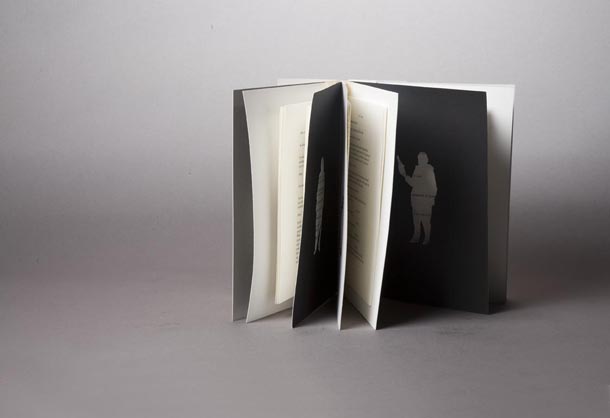 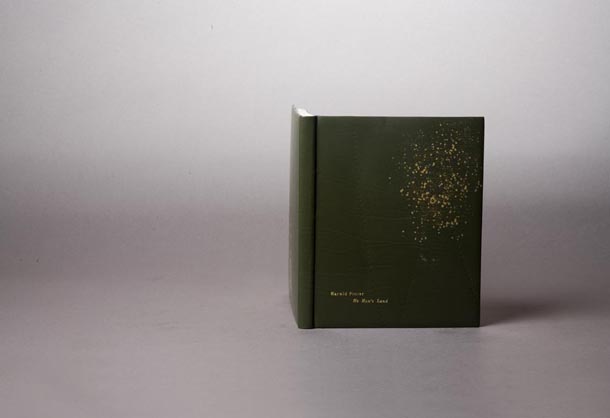 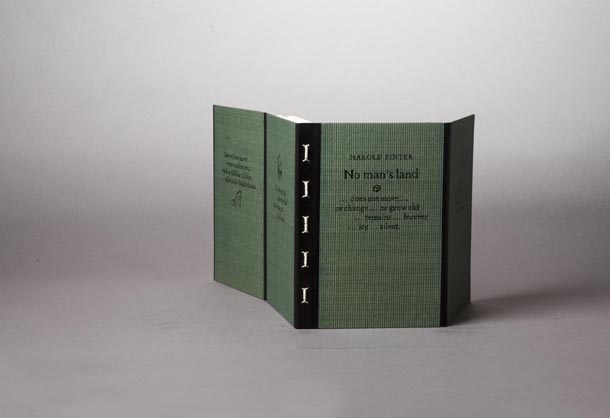 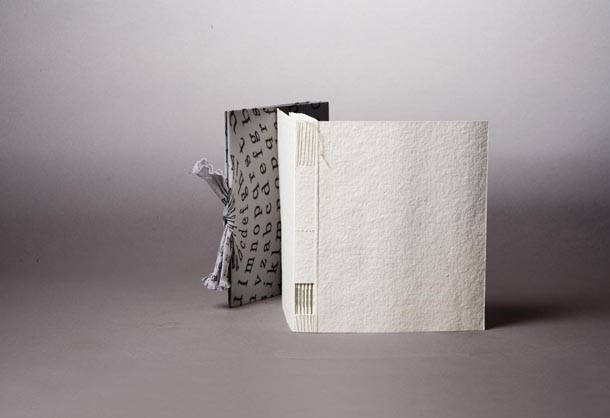 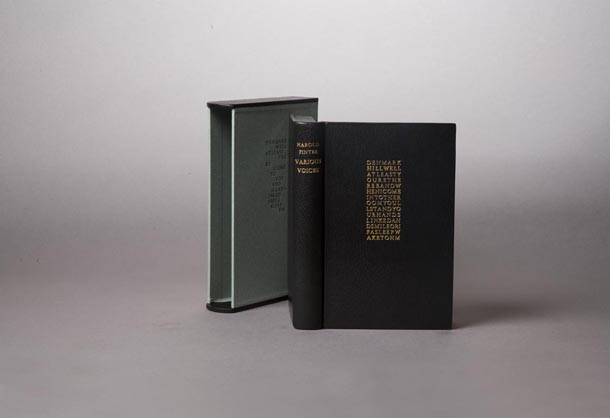 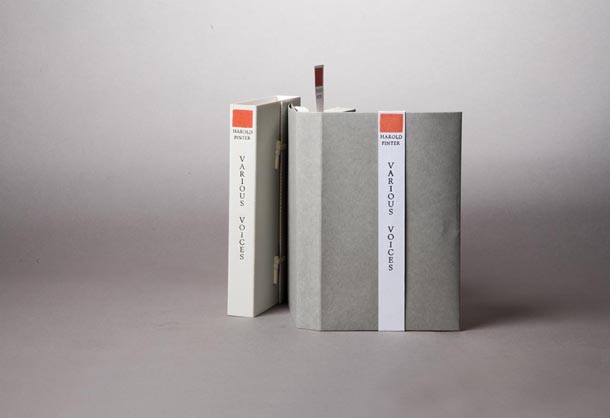 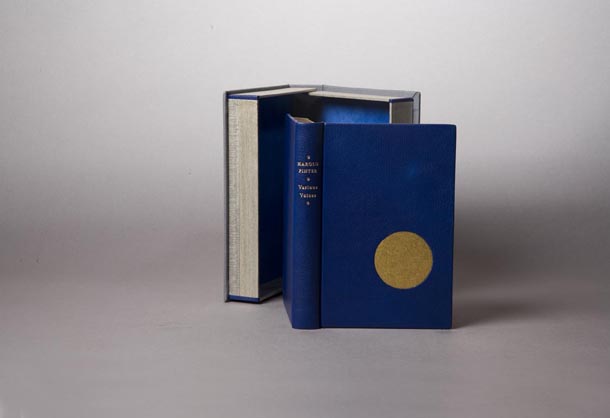 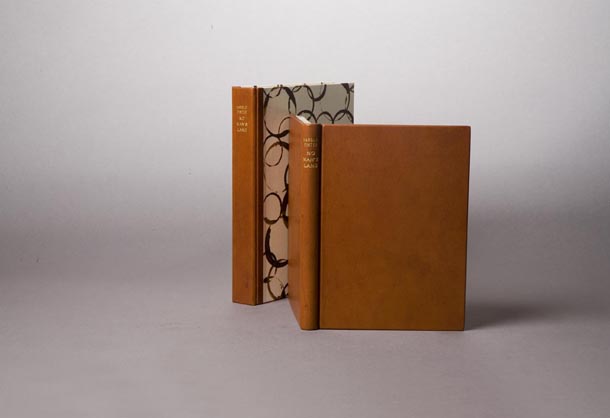 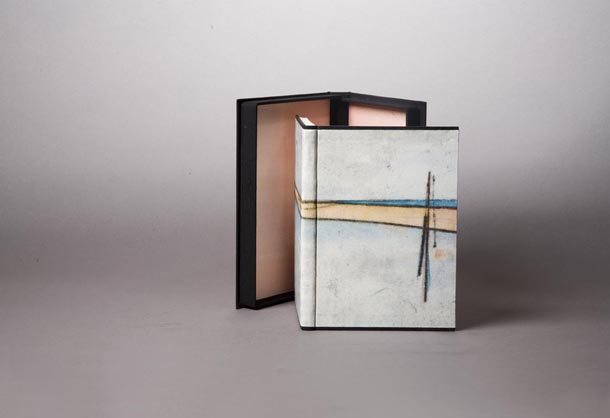 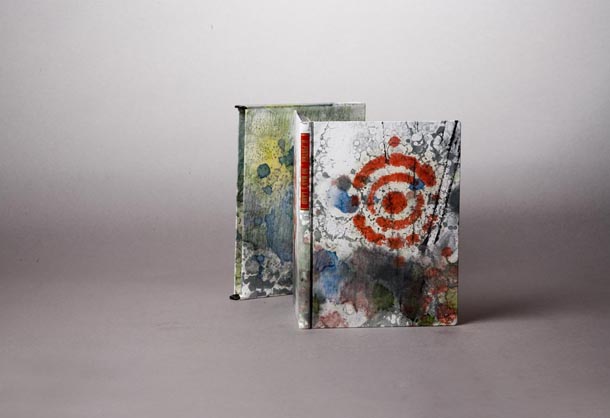 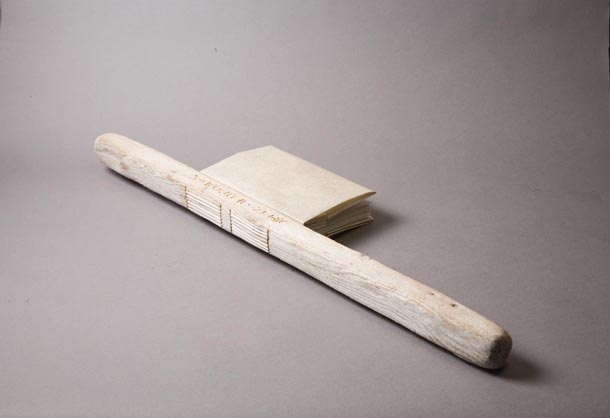 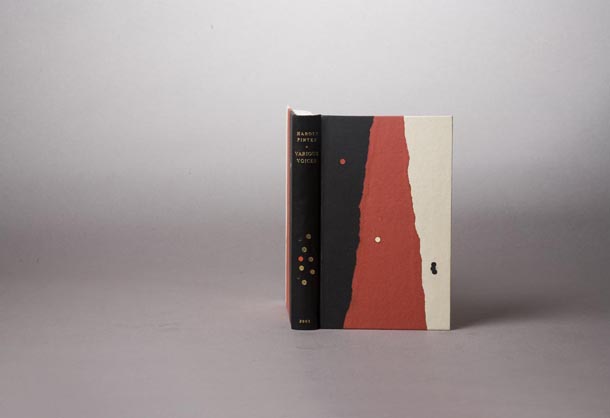 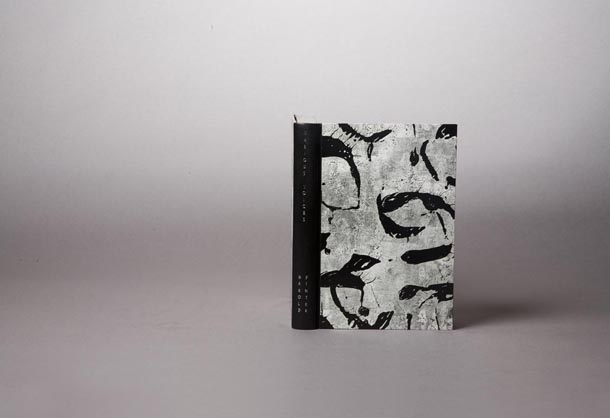 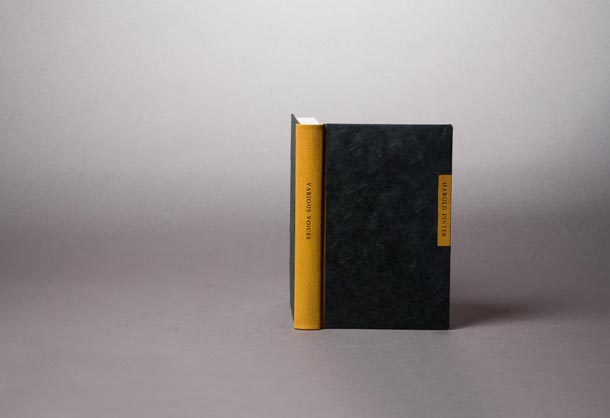 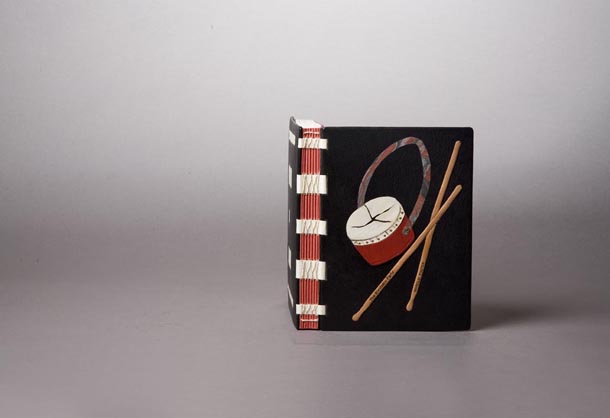 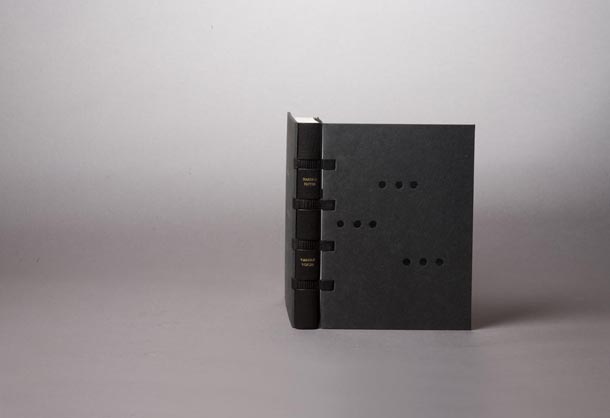 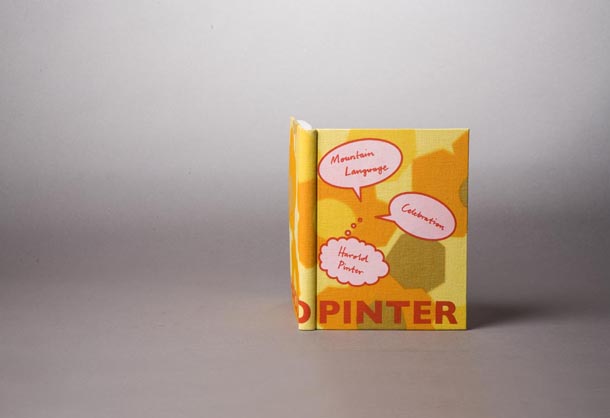 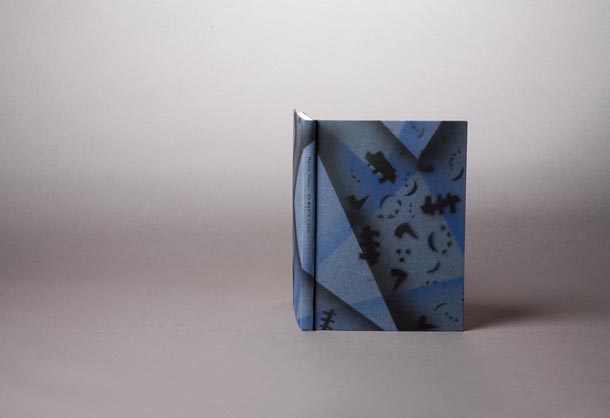 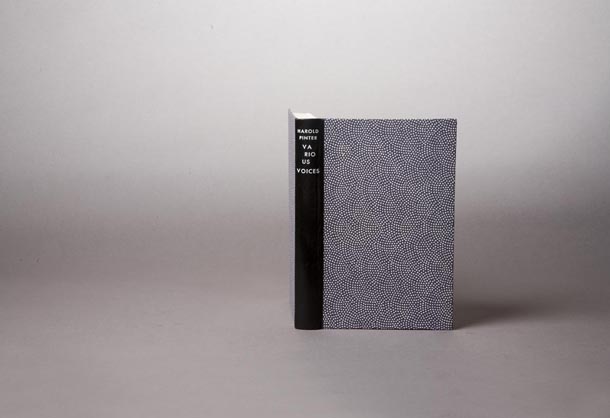 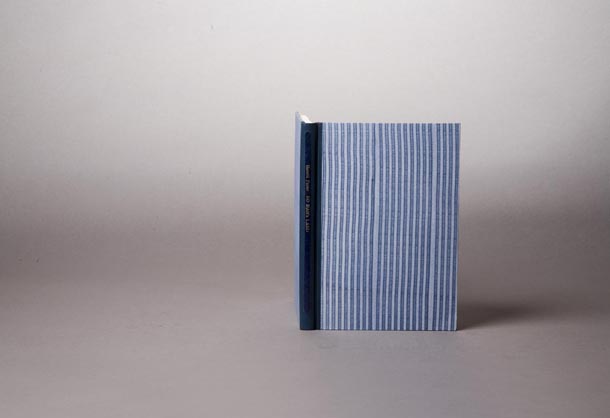 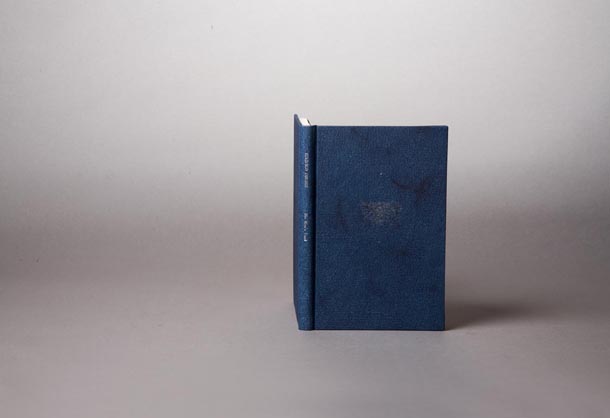 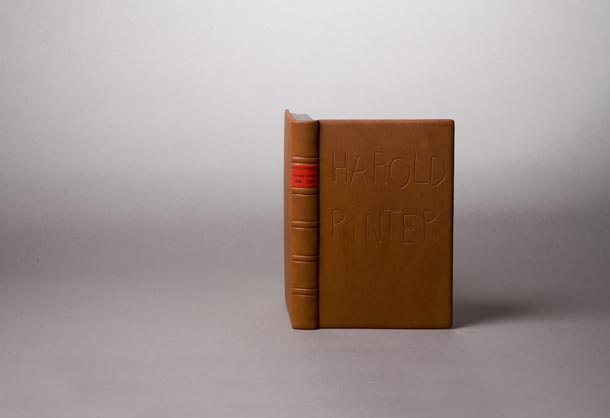 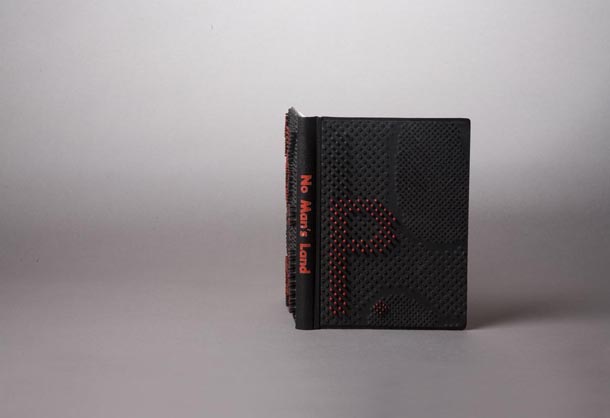